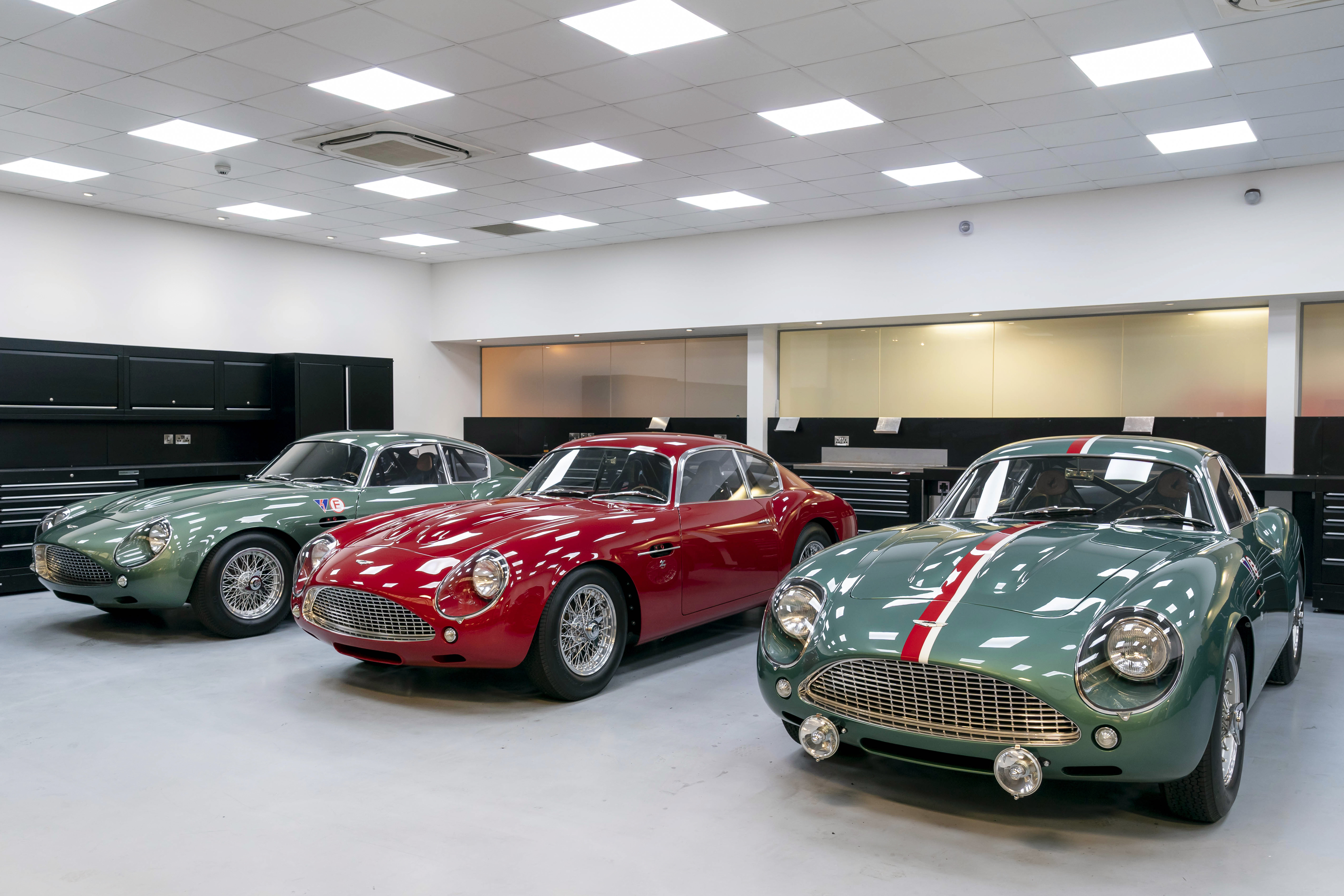 The first of the 19 new cars – which together with the forthcoming DBS GT Zagato comprise the celebratory DBZ Centenary Collection – are making their way to Aston Martin aficionados around the globe.

Each production model of this track-only sports car, the latest in Aston Martin’s hugely successful Continuation programme which began with the DB4 GT Continuation series in 2017, represents the culmination of around 4,500 hours of painstaking and meticulous artisan car-building at the brand’s globally renowned Heritage Division headquarters in Newport Pagnell, Buckinghamshire.

The cars represent the pinnacle of Aston Martin’s Continuation projects to date, and proudly extend the brand’s 50-plus year association with the world-renowned Italian coachbuilder and design house which marks its centenary this year.

Originally built to race against the might of Ferrari in the 1960’s, the DB4 GT Zagato has entered the annals of Aston Martin history and is widely regarded as among the most beautiful and desirable sports cars ever made.

The 2019 DB4 GT Zagato Continuation cars now going to the select group of owners of course stay true to those original Zagato-bodied DB4 GTs produced by Aston Martin and Zagato in the 1960’s.

This latest continuation car follows the success of the 25 Aston Martin DB4 GT Continuation models that sold to enthusiast collectors in 2017, and precedes what will perhaps be the most ambitious continuation to date: the Aston Martin DB5 Goldfinger Edition cars that will come to market in 2020.

Andy Palmer, Aston Martin Lagonda President & Group CEO, said: “It has been our privilege and our pleasure to work with Zagato in the creation of these remarkable sports cars. Now arriving in the hands of a tiny group of owners across the world I’m sure they, like me, will be honoured to play their part in the history of this great brand.”

Paul Spires, President of Aston Martin Works where each of the 19 Continuation cars are hand built, said: “Christmas may be just around the corner now, but for 19 astute car collectors it is most definitely coming early!

“The DB4 GT Zagato Continuation programme has been our most challenging and rewarding to date, and it is a genuine honour to see the fruits of our not inconsiderable labours making their way to owners around the globe.”

The DBZ Centenary Collection was priced at £6m, plus taxes. Deliveries of the Continuation car will continue in 2019, while the DBS GT Zagato will arrive with customers in Q4 2020.