Car Deals - UAE > Read car news and reviews in the UAE > Bentley > The new Flying Spur in detail: The story of diamond knurling 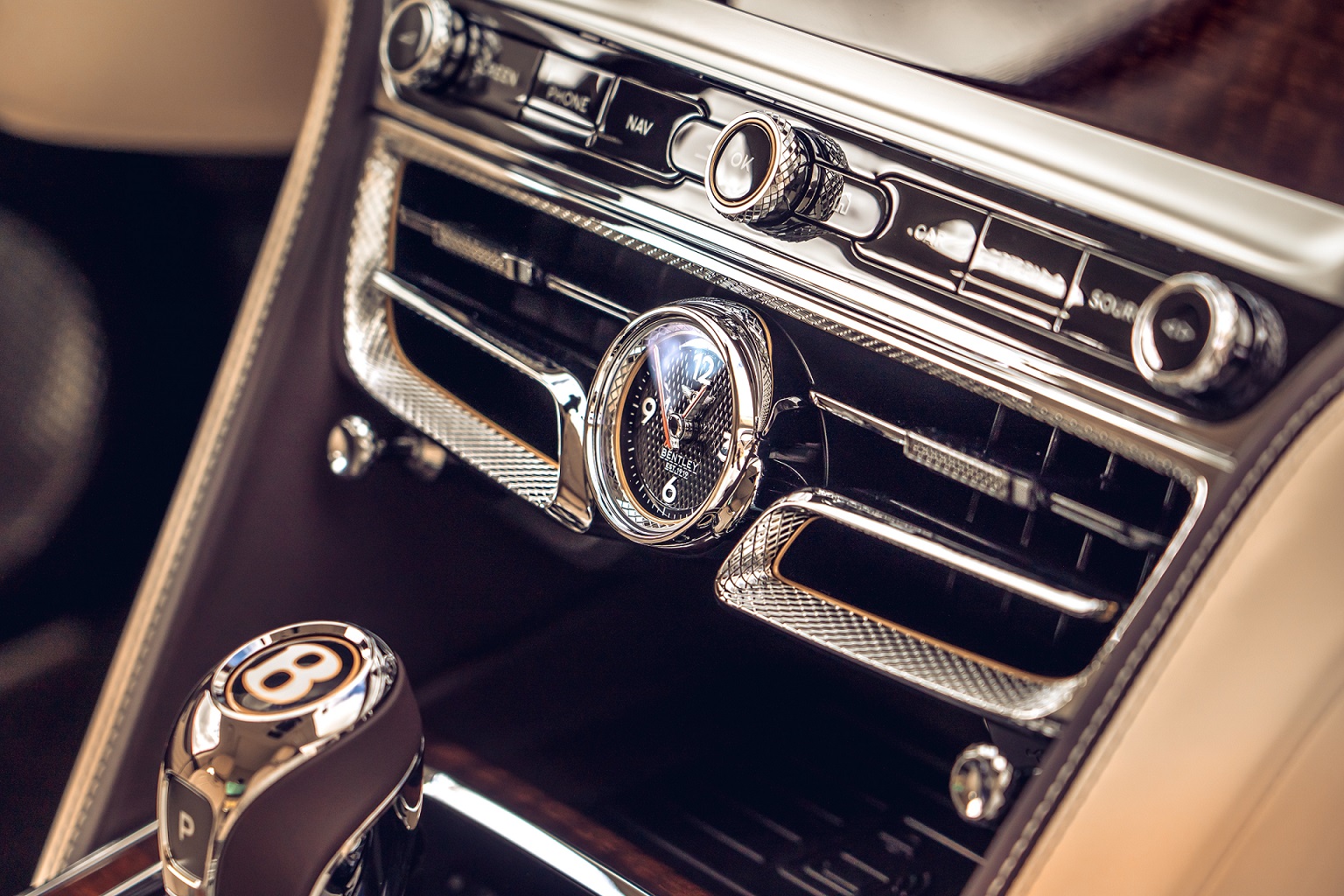 (Middle East, 17 December 2019) With the new Flying Spur, Bentley has reset the boundaries of what was perceived to be possible to deliver the ultimate luxury four-door Grand Tourer. Nowhere is the British brand’s remarkable attention to detail more evident than in the unique Diamond Knurling Specification, which sees traditional craftsmanship brought into the digital era through the application of state-of-the-art technology.

Bentley’s design and engineering teams overcame a series of unprecedented challenges to create the unique look and feel of the ‘facet knurling’ that adorns the surfaces of the front console vents – which incorporate some 5,331 individual diamond shapes alone – as well as the B-pillar and rear console vents.

For the first time, cutting-edge parametric design software, more usually utilized in the architectural world, was used to create a series of computer-generated algorithms that allowed the designers to apply the incredible detail of the diamonds to surfaces that were constantly changing in dimension and curvature.

At the same time, a new production process was introduced that delivered a level of fine detail and finishing unlike anything previously seen, effectively producing a form of jewellery from a tool. Such was the complexity of the work required, with no compromise in terms of the quality and finish of the metal knurling, that more than 20 of the world’s leading component suppliers asserted it to be impossible.

Brett Boydell, Head of Interior Design for the Flying Spur, comments: “We were looking to break new ground with the new Flying Spur through a progressive, no-compromise approach to every aspect of the project. We have embraced the use of the latest technology to ensure that not only the Flying Spur, but all future Bentleys, are at the cutting edge of what is possible.”

The Story Behind The Diamond Knurling Specification

The process started with the design team’s decision to incorporate more artistic and sculptured air vents in the front centre console, and to apply the facet knurling from the ‘bulls eye’ air vents and other rotary switches across the curves of the new components.

With knurling traditionally featuring on relatively easily-produced cylindrical-shaped components, the decision meant a completely new challenge in terms of both design and manufacturing feasibility. Creating the models using conventional CAD software would not allow the diamond patterns to wrap seamlessly around the sculpture without the shapes becoming unacceptably distorted.

To move to the next level, Bentley teamed up with one of the world’s leading automotive design companies, UK-based Astheimer, to develop the algorithms that would make it possible. Through the use of innovative parametric software, which is employed to automate the generation of complex 2D and 3D design details, Astheimer effectively captured traditional craftsmanship by encoding Bentley’s brand DNA into algorithms that could be reused elsewhere.

For the engineering team, the challenge was a simple, yet initially seemingly insurmountable one – the sheer complexity of the design meant that the tooling needed to manufacture the components had to not only be able to reproduce the extremely small diamond shapes – each one rotated to expose edges of just 0.3mm – but to the quality and finish expected of a Bentley.

Previously, metal components were finished, polished and chromed separately, however the intricate detailing of the diamond knurling made this impossible – a special moulding tool had to be developed to create the parts in perfect condition in one operation.

As a result, in addition to the 5,331 individual diamond shapes perfectly cut into the front console vent, a further 3,500 and 1,800 diamonds are incorporated into the rear vent and each individual B-pillar vent respectively.

Handcrafted in Crewe, England, the latest generation of Flying Spur pushes the existing boundaries of refinement and attention to detail to create the ultimate luxury saloon. Bentley’s design team totally reinvented the classic look of its predecessor to give it a stronger road presence courtesy of its sculpted, more muscular proportions.

With a totally new and advanced aluminium and composite chassis, the Flying Spur features Electronic All-Wheel Steering for the first time on a Bentley, coupled with Active All-Wheel Drive and Bentley Dynamic Ride, plusa host of new Driver Assistance Systems.