CarDeals - UAE > Read car news and reviews in the UAE > GT-R Nismo > The only car capable of filming the 2020 GT-R Nismo? Another GT-R 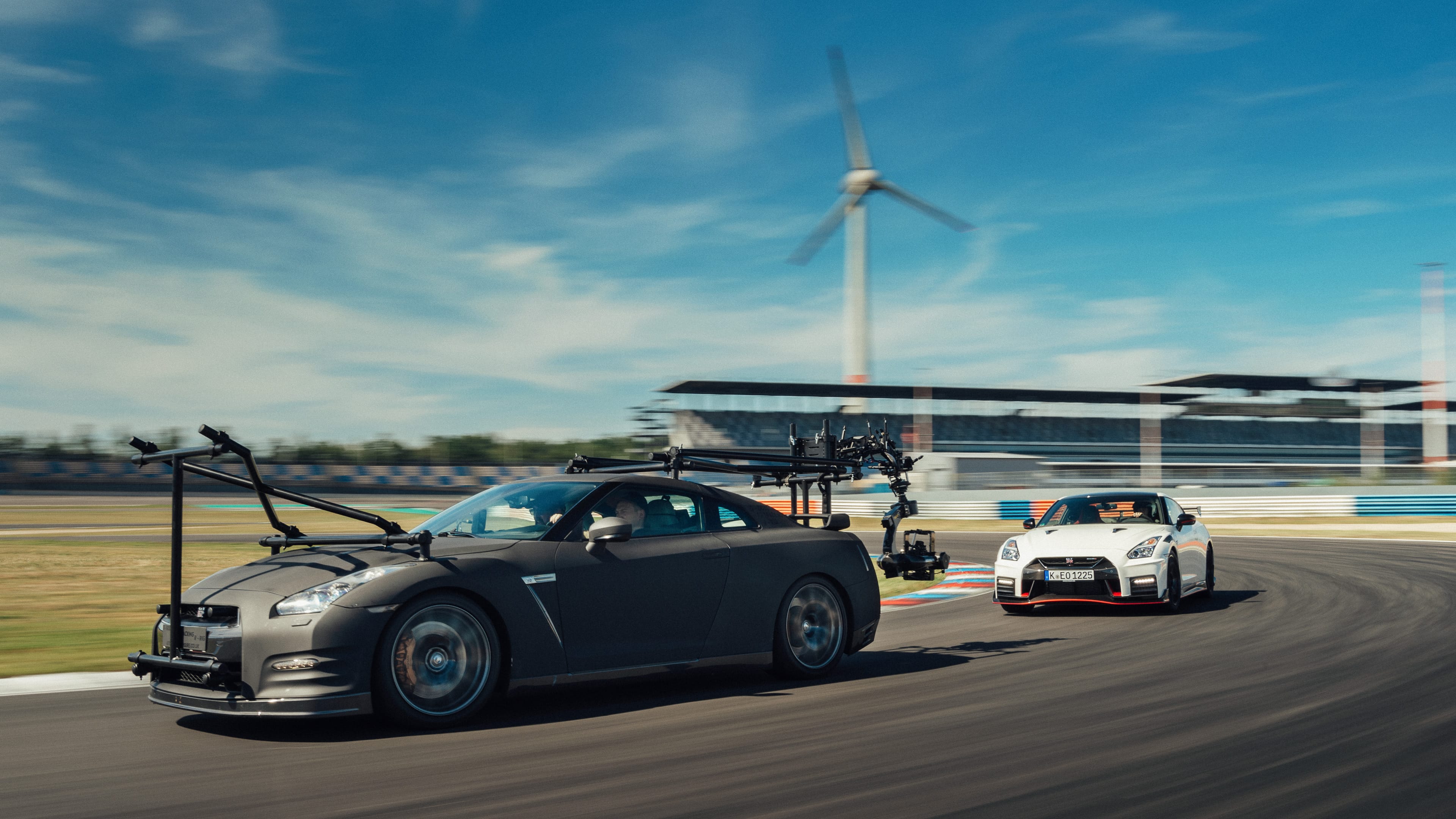 Yokohama, Japan (Feb. 09, 2020) – Nissan developed the 2020 Nissan GT-R NISMO to be the pinnacle of the iconic nameplate. For maximum performance, the engine was upgraded, its aerodynamics further enhanced, and weight was shed through the meticulous use of exotic materials.

But when the time came to document the newest Nissan super sports car in its natural habitat – on the track – there was one problem. How to film it?

Enter Mauro Calo. A professional precision driver and automotive video expert known for his work on big-budget blockbuster movies and automotive TV shows, he has the perfect car to chase and film the 2020 GT-R NISMO – another GT-R.

While Nissan helped locate a suitable GT-R to be transformed into a purpose-built camera car, Calo was already working on the design. Once the car arrived, he and his team fitted a bespoke tubular structure that was welded to the chassis and able to hold the weight of the professional carbon-fiber gimbal camera mounting system.

Until Calo realized his ambition of developing the ultimate high-speed camera car, the vehicle of choice for this type of filming would be a high-performance SUV. However, SUVs lack the speed or agility to follow the world’s fastest performance cars on track.

Thanks to its low center of gravity, adjustable sports suspension and four-seater configuration, the GT-R is the perfect base car to accommodate a camera rig of this type. And once the performance of the twin-turbo 3.8 V6 is deployed via its advanced all-wheel drive system, it’s easy to see why Calo chose it.

“When I started to think about developing a high-performance camera car, I quickly realized that the Nissan GT-R was the only car that would meet my criteria,” said Calo. “It has supercar performance, with outstanding all-wheel drive handling and stability. It’s famously reliable, and it can seat the team I need to operate the camera system. There were no other contenders.”

Not many GT-R customers regularly use all four seats, but a typical shoot requires a full camera crew. With Calo at the wheel, a gimbal operator, a focus puller and a director can be in the car at the same time – ensuring fabulous high-definition footage of the world’s fastest cars at high speed (with all safety precautions taken, on a closed circuit, of course).

“I knew already, from driving it on photo and video shoots, what a great car the Nissan GT-R is,” Calo said. “But since I adapted my Nissan GT-R to be a high-speed camera car and have been using it to film some of the world’s fastest cars on track, my respect and appreciation of its performance, reliability and stability has only increased. It amazes me and the teams I work with every time we use it.”

So there was no choice as to which vehicle would be able to shoot the fastest and most capable GT-R ever created – the 2020 GT-R NISMO.

With careful choreography planned in advance and coordinated via walkie-talkie, the two GT-Rs chased each other around the Lausitzring racetrack in Brandenburg, Germany, as part of the GT-R NISMO’s media preview event. The recorded footage has been viewed millions of times on YouTube and other social media platforms.